One of our Trustees at the Archive Collection, Richard Chamberlaine Brothers, earlier this year generously donated the majority of his collection of Winchcombe Pottery to the Trust. To mark the occasion we have created a video of Richard in conversation with Lead Curator John Edgeler.

The video also provides something of the history behind the formation of our Cotswolds Living pottery book imprint, our early shows involving Sid Tustin and Ray Finch and the formation of the Trust. The video lasts 30 minutes and will be followed by tea and refreshments.

Single household groups + bubble of up to four viewers are permitted. Minimum donation £7.50 per head. Please ring 01242 602 319 or email johnedgeler@gmail.com to book

To book appointments (advisable if travelling) please telephone 01242 602 319 or email me at johnedgeler@gmail.com 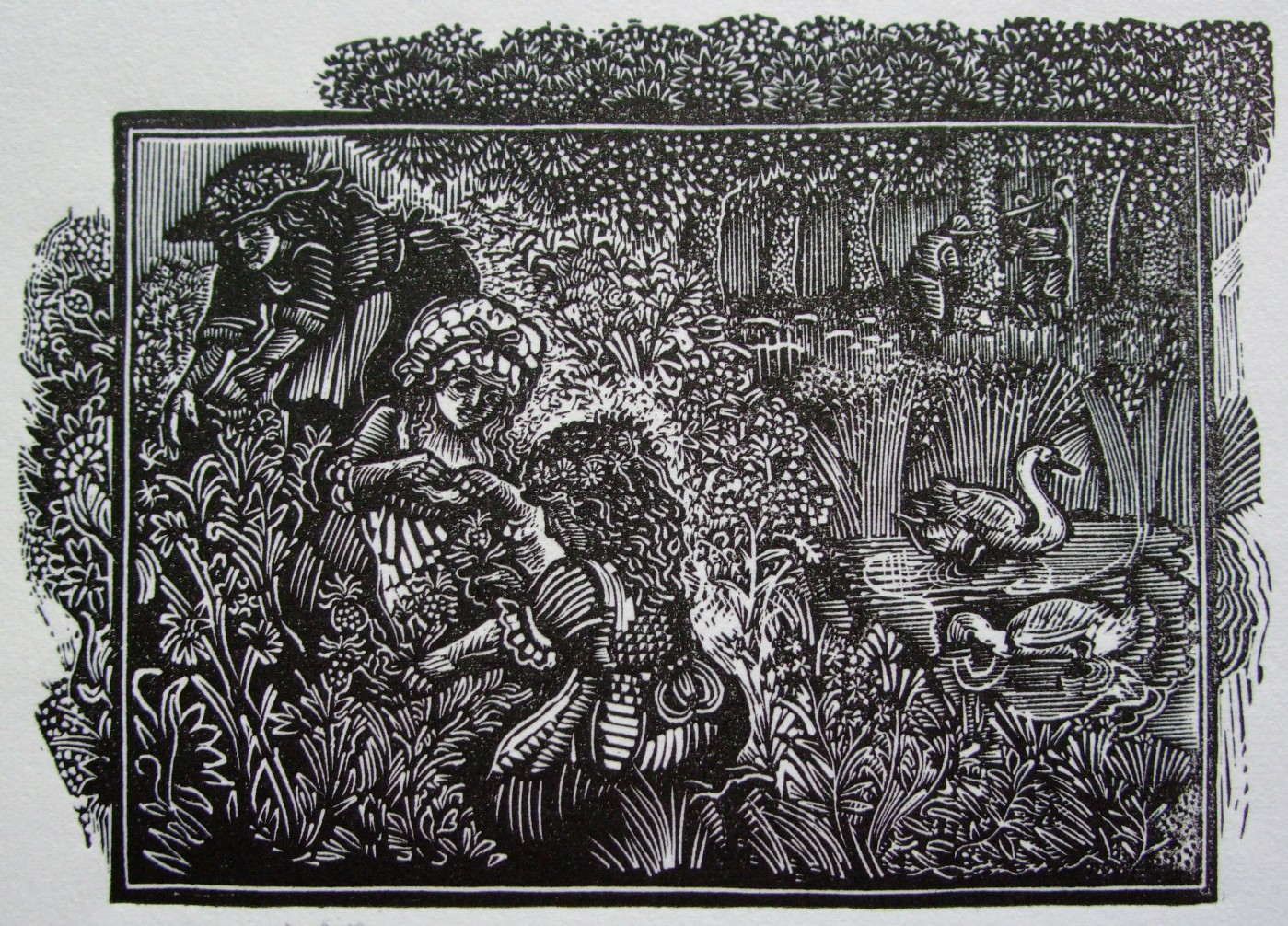 To download a catalogue of wood engravings and pochoir paintings for sale by Miriam, please click on this link: 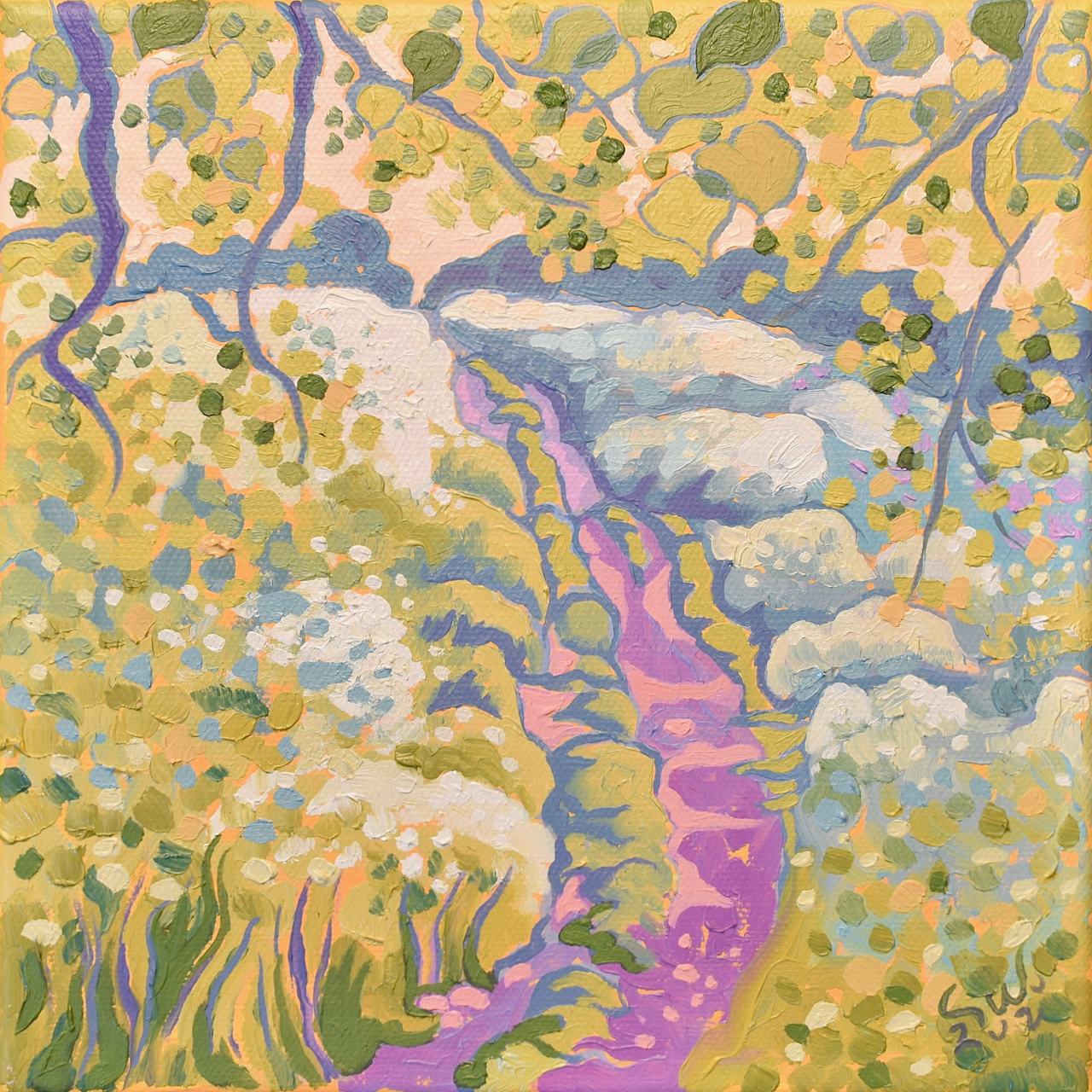 John Lawrence, now in his eighties and mostly retired due to health issues, has had an illustrious career as an illustrator of children’s titles, in particular for Walkers Books. I first came into contact with him some years ago when curating a 60s show here at the Archive Collection.

I was already aware of his amazing work through acquiring titles decorated by him, notably Susan Hill’s The Magic Apple Tree. I then spotted that he had produced delightful watercolours for the Cranks Cook Books beloved of the ‘brown rice brigade’ of that time.

His work is particularly appropriate for this show as it shows the direct influence of rural romanticism, notably in his engravings for John Clare’s The Shepherds Calendar. These also show great wit and charm, imbued also with the style of the early 19th century illustrator, Thomas Bewick.

Miriam Macgregor whose wood engravings and work in pochoir are for sale in our forthcoming Romantic Landscapes show trained initially at Hastings art college before moving to study at Guildford. There she encountered for the first time the engraving techniques that were to dominate her future career.

Much of her output over the years have been related to book illustration, and after a stint with Batsford she ultimately teamed up with John Randle proprietor of the Whittington Press, living locally in the village for many years. There she worked extensively as a letterpress typesetter as well as providing images for their craft produced titles.

She has been a close friend of and influenced by her fellow engraver John Lawrence, whose work also features in the exhibition. In a departure from their primary love, Miriam has also become an expert in the ancient art of pochoir.

Pochoir is an immensely labour intensive and time consuming technique, requiring the cutting of stencils for the various part of an image, each being employed for a particular colour or shade. The picture is then gradually built up using as many as eight or more different stages.

The completed image has a delightful shimmering effect, a reflection of the delicate hand stippling of paint colour through each stencil. Including in our selling displays of her work is a schematic showing the various stages of pochoir magic. 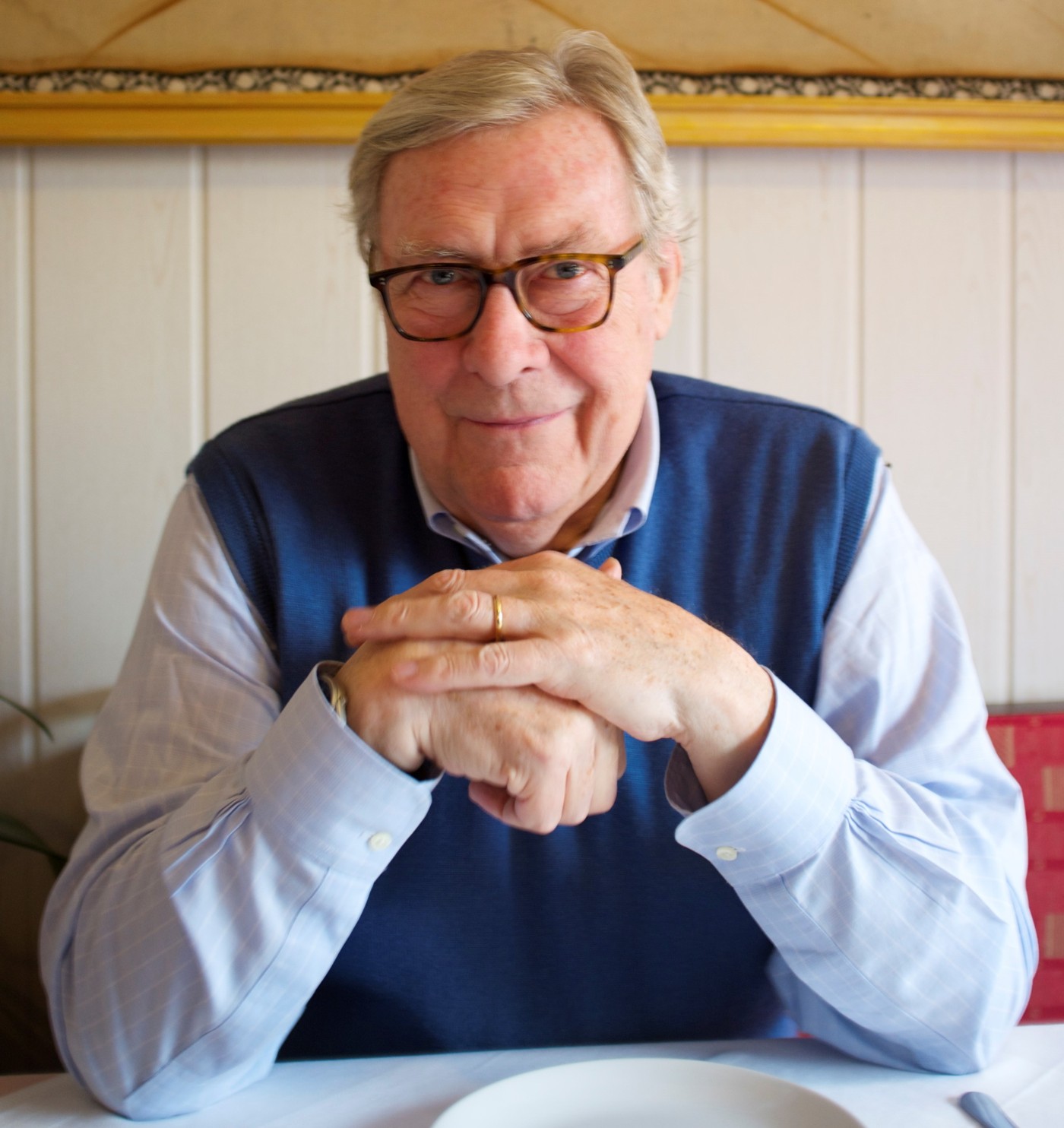 This short blog is by way of a tribute to Paul Whitfield, some of whose collection of post war art graces our current Mid Century Romanticism exhibition. Paul, who sadly died in May 2018, was the son of the poet and writer Christopher Whitfield, an early friend of Michael Cardew in the 1920s, and subsequent stalwart supporter of the romantic artist and etcher F L Griggs, like Christopher a Chipping Campden resident.

The Whitfield family’s background was in industry, but Paul was to follow in his father’s footsteps in actively garnering a lovely collection of art and artefacts. His senior management role at the top four London auction houses was clearly a significant factor in assisting his hobby, however his unerring aesthetic sense and eye for quality and beauty were equally as important.

His auctioneering career had started with Christies in 1965, working in a variety of fields including furniture, carpets, bronzes, sculpture and a wide range of decorative objects. At Christies where he was ultimately Managing Director, he was most notably responsible in establishing their South Kensington rooms.  He worked subsequently for Bonhams, Sothebys and Phillips, employing an encyclopedial appreciation of the beautiful, also reflected in his own collections of art and objects.

Our paths crossed relatively recently around three or four years ago, in collaborations on two exhibitions at our Archive Trust of Neo-Romantic etchings of the 19th and early 20th centuries. We had planned to subsequently put together a Neo-Romantic art show at Court Barn Museum, to illustrate what became of the Romantic taste in art after WW2. His untimely passing led me to curate our current show as a small tribute to his urbane and erudite taste, and to celebrate a kind and generous man whom I admired greatly.